The third episode of The Rise of the Feminine airs on Monday the 15th of August. Listen here.  The first guest is Dr Scilla Elworthy, a three time Nobel Peace Prize nominee. Throughout her impressive career, she’s witnessed feminine leadership and intelligence first hand, and she believes the countless women-led initiatives we’re seeing all over the world are evidence of the uptake in this new thinking. The media may not have caught onto it yet, but it’s a huge wave that will change leadership and business, to society’s benefit. 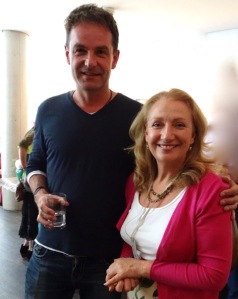 This episode also features a report on Femme Q, the first summit on feminine intelligence held in Berlin this summer. Gina sat down with business leader Bernhard Plecher whose own company has benefited from a shift away from the old masculine approach to a more feminine way of doing business.  He says, “We all have our egos but I would think that women by nature have less ego. They are less ego driven than men, their compassion comes first. They are willing to step back ego wise for a bigger harmony. They are more willing to do so than men, men are more power driven.”

The Rise of the Feminine’s third guest is Dr Armgard von Reden, former Director of Government Programs for IBM Germany. Dr von Reden’s role in influencing policy brought her to the inner circles of power where she observed the world’s most powerful woman, Chancellor Angela Merkel. She shares insights into the Chancellor’s style of leadership, and how her feminine approach is what is needed in politics today.

Through examples of women centered business and a woman led government, we delve into the reasons feminine intelligence, this new operating system, is necessary in meeting the world’s current challenges. We also want to understand the real life impact of feminine leadership and the lessons society as a whole can learn from it.

Tune in on Monday the 15th of August on VoiceAmerica’s Variety Channel at 9am PST/ 5pm London time. Join the conversation on Facebook and Twitter!